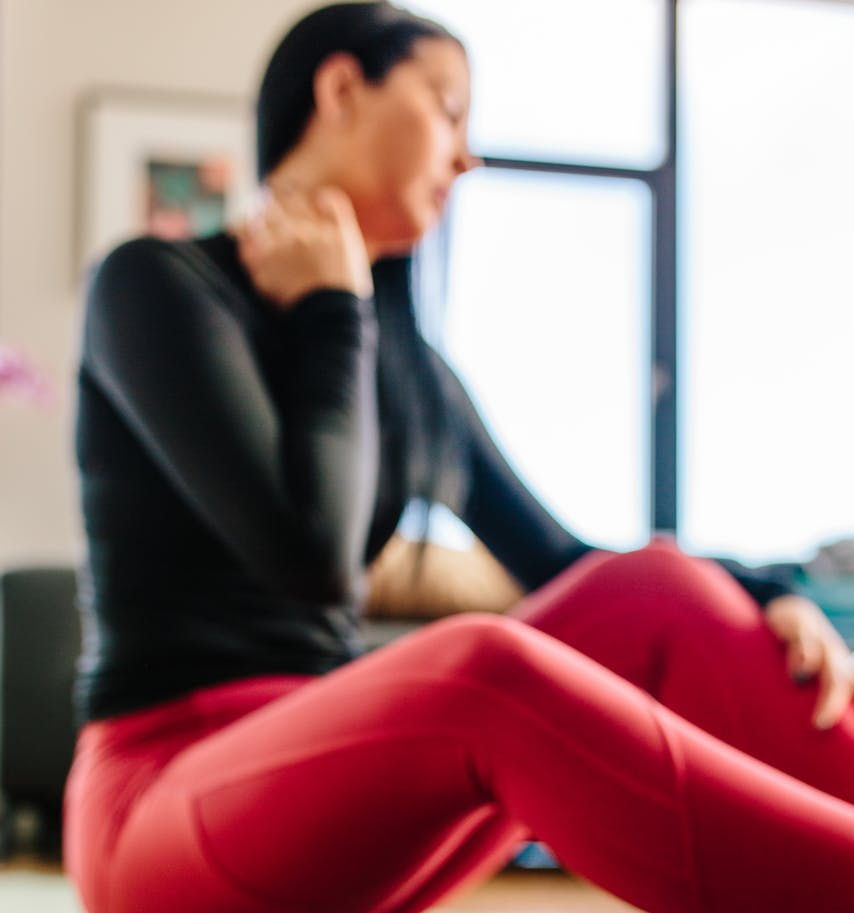 Fibromyalgia and the associated chronic fatigue are also things I am passionate about talking and writing about more publicly. They are invisible disabilities that I deal with every day. Fibromyalgia puts significant strain on my pillars and I have to be very careful to take care of myself and manage my pain so that I can function.

Last year I participated in an event called “Keep Talking: a Storytelling Event” where I shared the story of my diagnosis. It was a really nerve-wracking experience to get up on stage in front of a crowd and be so vulnerable. But it was so rewarding and cathartic too!

In future, I’d love to talk about my Autistic journey on stage!

Below is the YouTube video (audio only) of my performance.

Note: I typed out closed captions to make the video more accessible. Please click on the CC button to turn them on. I’m also including the written transcript below for those who prefer reading it or use text-to-speech programs.

I am in pain. Every second of every day. I am in pain. Sometimes it’s a dull ache at the back of my mind. Other times it’s a throbbing, stabbing agony that keeps me bedridden. And I’m always exhausted. Next year will be the 10th anniversary of my official diagnosis, and I have literally forgotten what being energetic feels like.

It started in seventh grade. Sometimes I’d experience a random shooting pain in my leg. Had I somehow twisted an ankle during recess? But the pain would come and go, so I ignored it. Just growing pains. Nothing to see here. Nothing to worry about….

Going into the 8th grade, I started feeling generally unwell. I’d have an intense stomachache, a pain here or there, a crippling headache.… I started going to the school nurse more often than she deemed “normal.” I’ll never forget when she finally turned to me, sighed in frustration, and asked, “Have you been diagnosed with anything mentally wrong with you?” I’ll never forget, because that’s when I started to wonder myself. “I must be a hypochondriac. I’m just looking for attention. I’m just making it up. It’s in my head.” I started to ignore it. To stop mentioning it. To pretend it just wasn’t there.

I joined color guard in high school and I absolutely loved it! But toward the end of my second season I was having wrist and shoulder pain too severe to continue. I joined the choir, but struggled to stand through performances. I began to feel exhausted. I went to the choir director’s office to rest during free periods. Pretty soon I started seeing a chiropractor for back pain. It felt like I was hanging on by a thread. But I got through it and I graduated!

The first semester of college, I got the flu. A bad flu—one that sent me to the ER. And I just never really got better. Imagine your worst flu. Now imagine it doesn’t end. It doesn’t go away. No Tamiflu. No bouncing back. My body ached. Those pains I’d been feeling for years intensified. They’d now shoot up and down my body like fire and lightning mixed into pure hell. I felt nauseous all the time. I was beyond exhausted. This was a new realm of agony.

I began missing classes when the pain in my legs and back was so bad I was unable to stand. I started getting “medical escort” rides to class from campus security. I’d sit in the back of their patrol cars, literally locked in—with a metal grate between me and the driver—and they would drive me to my classes, glancing at me in the rearview mirror. I’d feel embarrassed because I was this outwardly healthy-looking college brat they were ferrying to class. I’d hobble into the building where I’d often be late to class because the football team would inevitably be using the elevators… In class, I’d sometimes have to lie on the floor to take notes because my back was spasming so hard.

I was 18, still a freshman in college, when I got an answer. The test was almost infuriatingly simple. A few touches here and there. Testing tender, inflamed points throughout my body…. Fibromyalgia.

I was so happy. I remember chattering to my father all the way home about how happy I was. If you haven’t waited years for a diagnosis, haven’t wondered if you’re crazy or weak or just “sensitive,” maybe you won’t understand. But I was just so relieved. Those of you doing the math will know:  I waited 6 years for that moment. And half of the time, I wondered if it really was all in my head.

But that relief soon became a devastating grief. A quick online search showed me- it’s not so simple as just getting a diagnosis. “Incurable. Treatment can help, but this condition can’t be cured.” So…no magic wand. No fixing me.

And this is the reality for an estimated 10 million Americans with Fibromyalgia. Unfortunately, my story is not uncommon. Those with invisible disabilities often go through years of misdiagnosis or being written off. Many are told “It’s all in your head”—often by medical professionals. I stand here, on this stage, in front of you all. And I look healthy. I look fine. But I’m not. And I probably never will be.

But… I haven’t stopped trying. I can’t. I refuse to stop living my life, even if it’s sometimes very, very hard to continue. In my junior year of college, I reached my lifelong goal of studying abroad. Twice. I graduated with honors with a self-designed major. Learned Japanese. Worked at the Smithsonian Museum. Lived and worked in Japan for three years. Joined a Japanese choir and competed in a national competition. Got married to my best friend.

Fibromyalgia is not fun to live with. But it has taught me some things. I learned who my real friends are—the ones who will stick by me even when I cancel plans for the 3rd and 4th time. I learned to trust myself and my instincts, to be my own advocate. I learned that I will push a broken body to its limits rather than give up. I learned that I can get through what feel like insurmountable challenges. And I learned to never, ever assume that someone who looks “fine” isn’t dealing with something enormous.

I will never say that I’m grateful for fibromyalgia. But I am grateful for what I’ve learned about myself. I am strong. I am a superhero. And I’m not giving up.

Formerly Seeking Sara: An Autistic’s Journey, Autistically Alex is the blog of writer and advocate Alex Earhart. Diagnosed Autistic at the age of 27, Alex needed a place to process their diagnosis and explore who they were behind all of their masks.

Now 30, Alex continues to write openly and honestly on topics including: sensory overload, meltdowns and shutdowns, depression and anxiety, ableism, eating disorder recovery, chronic illness and disability and much more.